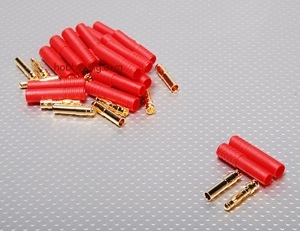 So I started to work on the adapter for connecting acc to the powerdistribution breakout. Since the acc (a turnigy nano-tech) has HXT connector and the breakout has 6mm bullets I bought 10pcs of HXT connectors and 10pairs of 6mm bc:s. I soldered the bc:s on a pair of 10awg wires. And then I hopped on YouTube to learn how to remove the casing of the HXT so not to melt it when soldering. Well the ones I bought are not supposed to be disassembled at all. But I think I have to in order not to succeed with the soldering. And the easiest way to disjoint the casing is by using a spare (already disjointed) one and I don’t have any of them. So now I have to get creative or destructive somehow…

This is what I should have bought:
http://www.hobbyking.com/mobile/viewproduct.asp?idproduct=9283

But I bought these:
http://www.hobbyking.com/hobbyking/store/uh_viewItem.asp?idProduct=25659

I should have read more about them. And maybe I’m missing something, because they are supposedly easier to use than the others? 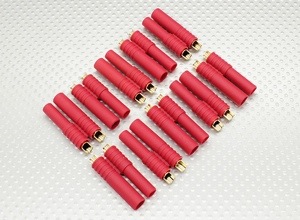